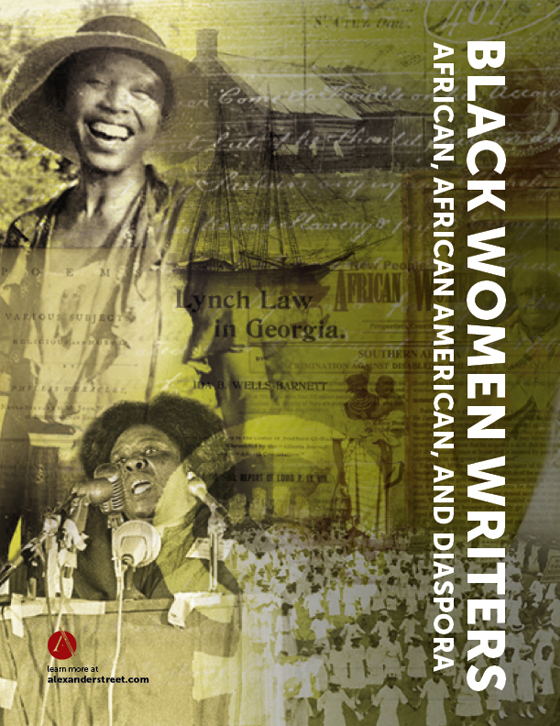 Black Women Writers presents 100,000 pages of literature and essays on feminist issues, written by authors from Africa and the African diaspora. Facing both sexism and racism, black women needed to create their own identities and movements. The collection documents that effort, presenting the woman’s perspective on the diversity and development of black people generally, and in particular the works document the evolution of black feminism. Many of the writings have been hidden in rare and hard to find texts, obscure typewritten documents, photocopied journals, and other fugitive sources.

Coverage of African American women begins in the 18th century with narratives depicting slavery, moves through and beyond the Harlem Renaissance, and includes writers from the movements of the 1960s, covering womanism, black feminism, and related topics. The explosion of works by women in the Caribbean that started in the second part of the 20th century is also covered. African women came into their own as writers during the late 1950s and 1960s, following the winds of independence that swept across Africa, and Black Women Writers includes works by a wide range of authors from that period.

The authors in Black Women Writers write about how various historical, economic, and political conditions affect women; how they deal with slavery and colonialism; how race and class operate in a regional context; the wide-ranging roles of women as intellectuals, nation builders, and influencers of society as a whole; and how and why the feminism practiced in one part of the world is rejected by women in another region. This online resource offers a collection of materials, previously not available on the Web and extremely difficult to locate in print, with relevance for black studies, women’s history and literature, history generally, regional political studies, and other areas.