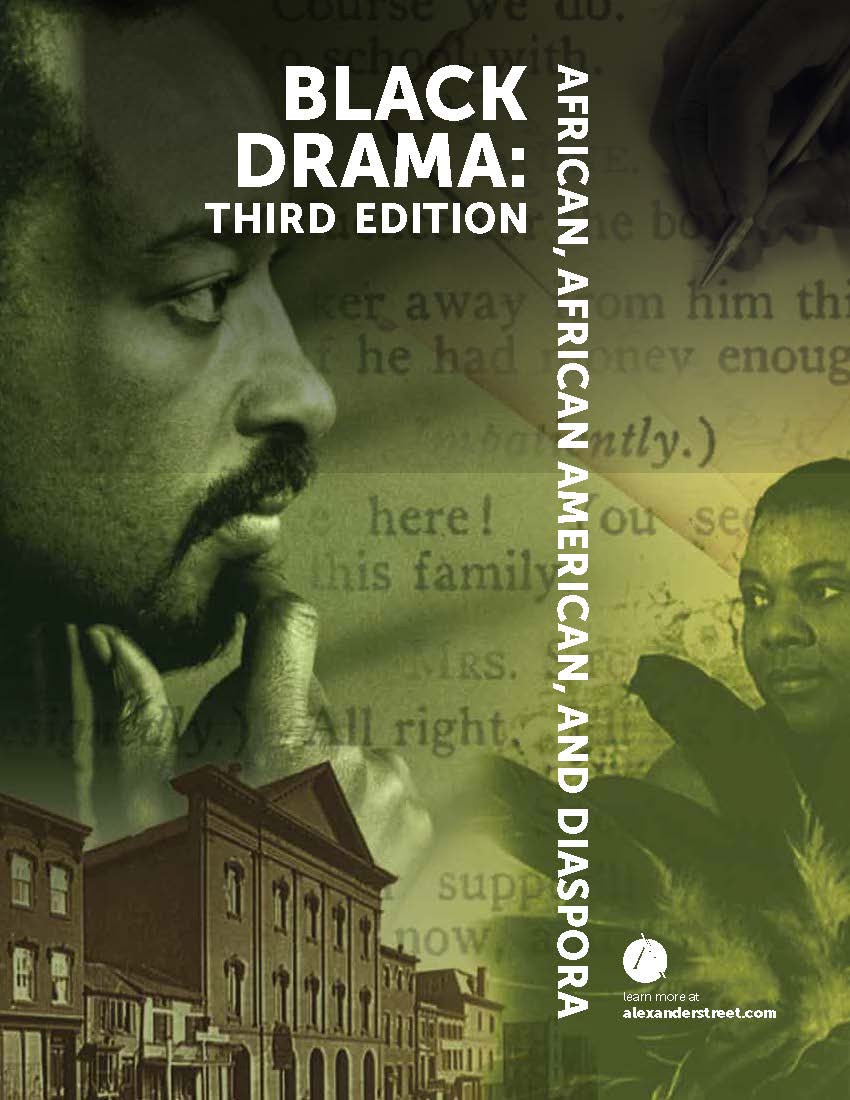 Black Drama, now in its third edition, contains the full text of more than 1,700 plays written from the mid-1800s to the present by more than 200 playwrights from North America, English-speaking Africa, the Caribbean, and other African diaspora countries. Many of the works are rare, hard to find, or out of print.  More than 40 percent of the collection consists of previously unpublished plays by writers such as Langston Hughes, Ed Bullins, Willis Richardson, Amiri Baraka, Randolph Edmonds, Zora Neale Hurston, and many others.

Each play is extensively and deeply indexed, allowing both keyword and multi-fielded searching. The plays are accompanied by reference materials, significant ancillary information, a rich performance database, and images. The result is an exceptionally deep and unified collection that illustrates the many purposes that black theater has served: to give testimony to the ancient foundations of black culture; to protest injustices; to project emerging images of the New Black; and to give voice to the many and varied expressions of black creativity.

“The plays of a real Negro theatre must be: 1. About us. That is they must have plots which reveal real Negro life as it is. 2. By us. That is they must be written by Negro authors who understand from birth and continual association just what is means to be a Negro today. 3. For us. That is, the theatre must cater primarily to Negro audiences and be supported and sustained by their entertainment and approval. 4. Near us. The theatre must be in a Negro neighborhood near the mass of ordinary Negro people.”

Black Drama wouldn't be possible without the advisement and contributions of James Vernon Hatch (1928-2020)--playwright, historian, and curator of the landmark Hatch-Billops Collection. See this blog post authored by Will Whalen, the Director of Global Content at Alexander Street, who recalled meeting scholar and historian James (“Jim”) Hatch who died on February 14, 2020. The subsequent partnership between Professor Hatch and Alexander Street Press resulted in a profound collection of primary materials on the history of Black Drama.

We consulted several important bibliographies in creating the database, and selected content under the further guidance of our editors and advisors, including James Vernon Hatch. The collection’s unpublished portion has evolved mostly under the direction of the living playwrights themselves.

Black Drama, Third Edition is  a key component of the Drama Texts Collection :