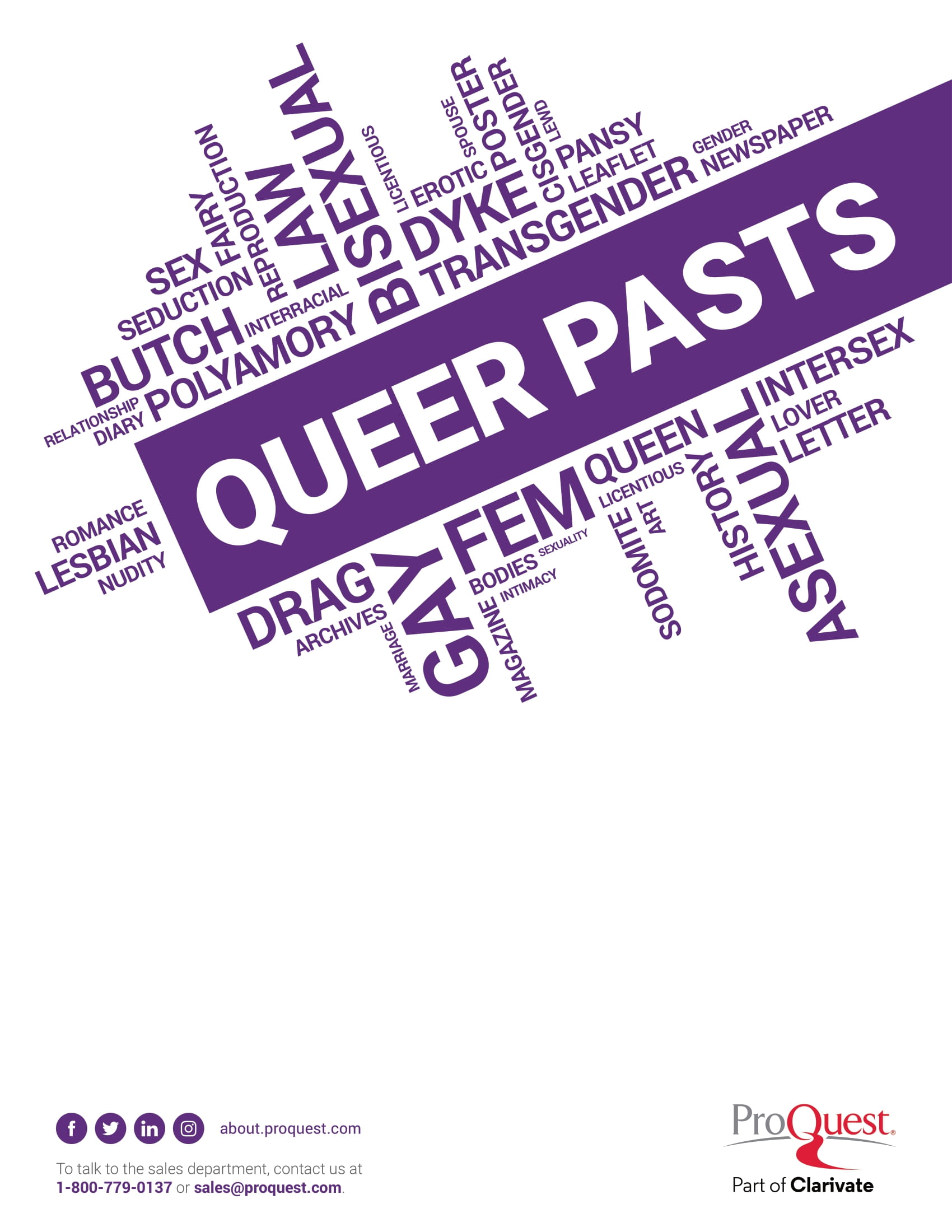 Queer Pasts is a collection of primary source exhibits for students and scholars of queer history and culture, curated by academic editors Marc Stein and Lisa Arellano. The database uses “queer” in its broadest and most inclusive sense, embracing LGBT topics as well as other sexual and gender formations that are queer. Particular focus is given to perspectives from people of color, trans people and people with disabilities.

Modeled on Women and Social Movements, this new database will be of interest to researchers in queer studies, college and university teachers and undergraduate and graduate students. All content will undergo a double-blind peer review process.

Queer Pasts is a collection of primary source exhibits for students and scholars of queer history and culture. The database uses “queer” in its broadest and most inclusive sense, to embrace topics that are gay, lesbian, bisexual, and transgender and to include work on sexual and gender formations that are queer but not necessarily LGBT. Each of the document collections in the database will include a critical introductory essay that helps explain the significance of the primary sources in historical terms and in relationship to previous scholarship. We ask our project editors to address the strengths, limitations, and characteristics of their archive and to explore the ways in which archives are constructed, constrained, and contested.

This database seeks to broaden the field of queer history, including projects that focus on the experiences and perspectives of under-represented historical groups, including people of color, trans people, and people with disabilities.

The City Nightclub: A Community of Queer Youth in Portland, Oregon 1977-1997

Power, Politics, and Race in the 1968 Philadelphia Study of Prison Sexual Violence

Aids Knows No Borders: Protesting the Ban on HIV-Positive Migrants, 1900-1993

Are There Really Only Two Asian Lesbians in Chicago? Queer Asian Visibility and Community Formation in Chicago 1980s-1990s

“I do want to underscore the importance of this work. Many of these organizations (and our history) would've been lost to oblivion without works like this. My heart leaps at using archives to do exactly this kind of restoration to our history.”

“There is only just now beginning to be much work on queer youth considered historically and this will be a great addition to that literature.”