Women and Social Movements in Modern Empires since 1820 | Alexander Street 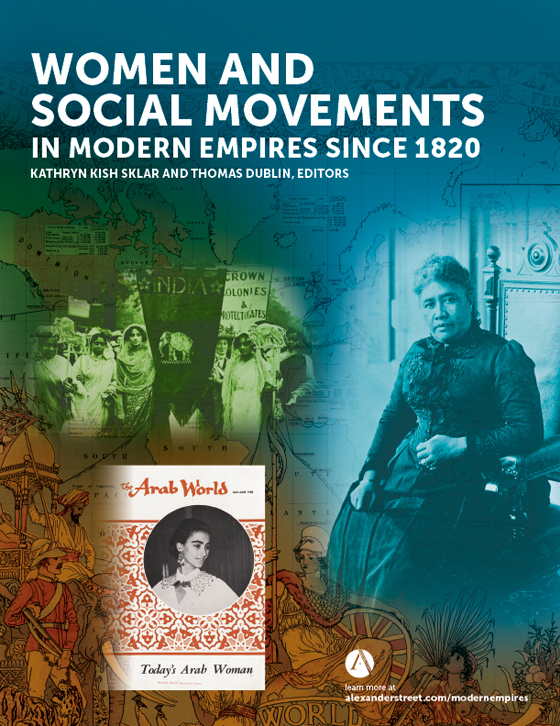 Try This Collection for 30 Days Signup for a Free Trial

Scholars are turning to themes related to empire as a new way to explore modern history.

Seen through women’s eyes, the history of modern empires opens dramatic new perspectives on global patterns that have shaped our world. Women’s voices can be found at all levels of imperial history. As the agents of empire, women were active as missionaries, educators, healthcare professionals, and women’s rights advocates. As the opponents of empire, women were active in nationalist and resistance and reform movements and as conservators of culture.

With a clear focus on bringing the voices of the colonized to the forefront, this archive and database includes documents related to the Habsburg Empire, the Ottoman Empire, the British, French, Italian, Dutch, Russian, Japanese, and United States empires, and settler societies in the United States, New Zealand, and Australia.

A large, innovative section focuses on the voices of Native Women in North America.

This one-of-a-kind resource has research, teaching, and learning applications and can stand on its own or serve as a supplement to the 150,000-page Women and Social Movements, International. Researchers will:

The variety of sources and the scope of coverage (representing all continents) make Women and Social Movements in Modern Empires since 1820 applicable to courses in women’s history, women’s studies, world history, religion, social and cultural history, post-colonial studies, sociology, and political science.

The collection is organized around more than 35 document clusters, selected by experts in the field, each of whom has written a scholarly essay that provides context and interpretation for the documents in their cluster. Documents not in English are accompanied by an English abstract.

Sources have been drawn from numerous archives, including the Archivo Nacional de la República de Cuba, Habana, Cuba; the Burke Library Special Collections, Columbia University; Harvard Divinity School Library; Centre des Archives Diplomatiques de Nantes (CADN); Diliman Library, University of the Philippines; the National Archives Repository, Pretoria; Yale University Library, and many others. Virtually all the content is available online for the first time. Most of the content is in-copyright, and video and audio content is also included.

Highlights from the collection 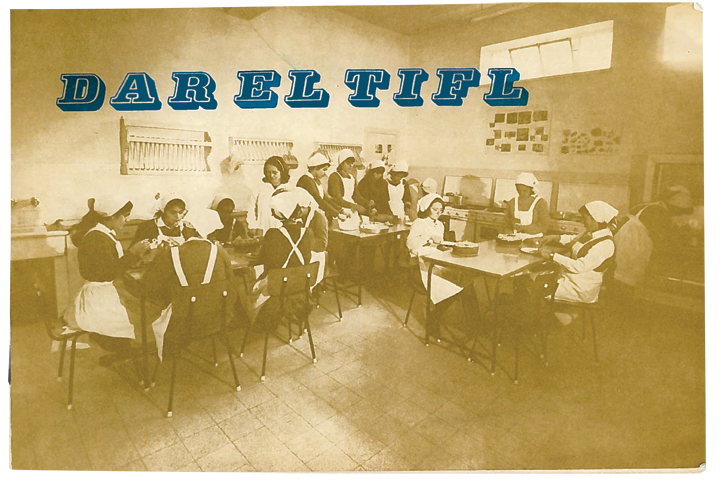 Empires in the Middle East, 1860 to the Present 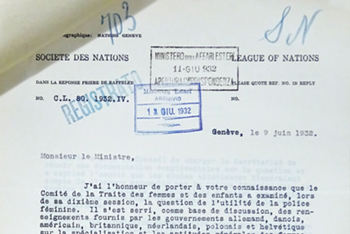 Italians Consider the International Problem of Trafficking in Women, 1928–1936 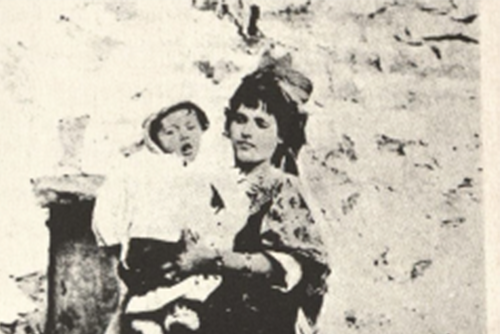 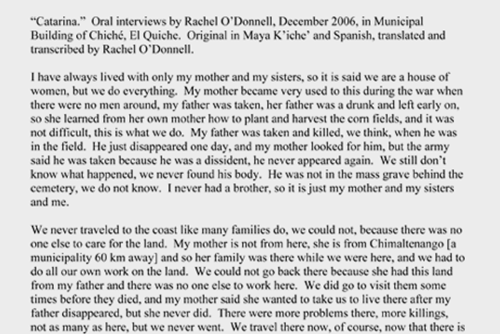 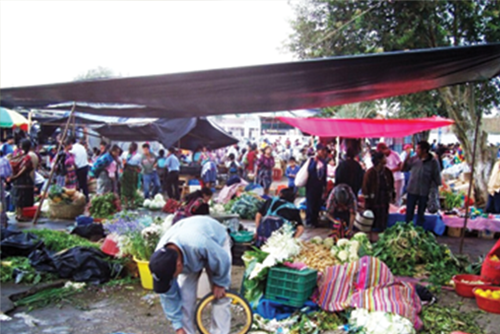 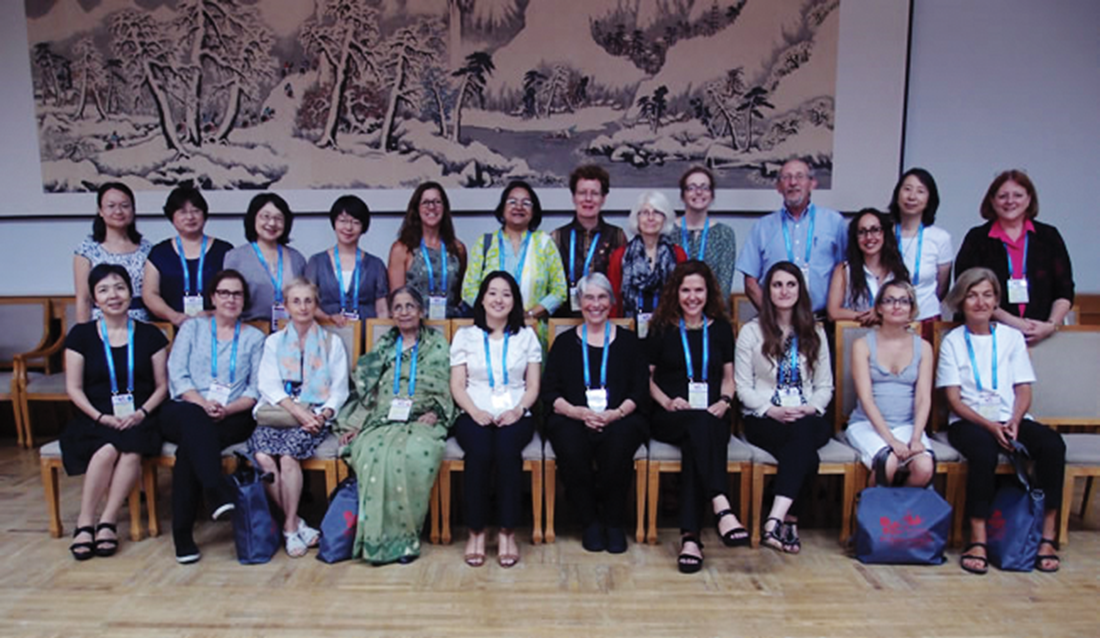 The construction of this extraordinary resource is supported by a large international group of scholars, led by co-editors Kathryn Kish Sklar and Thomas Dublin. Document cluster editors include: