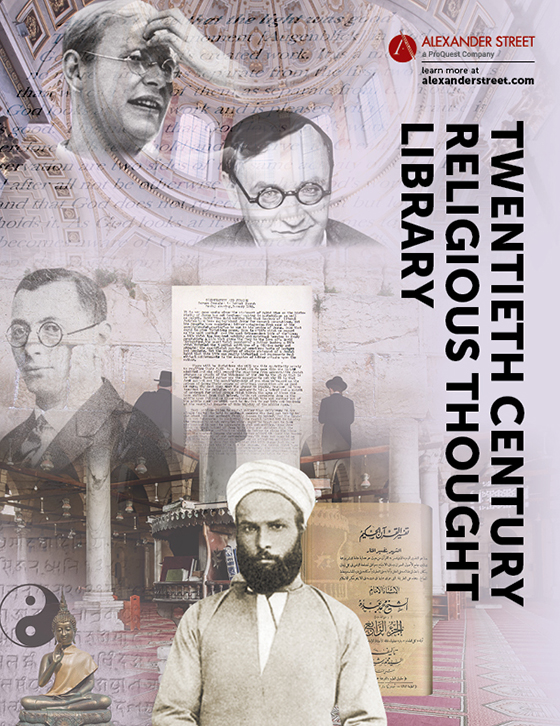 The largest, most comprehensive resource for the study of 20th century religious thinkers. Twentieth Century Religious Thought Library covers over 200 leading thinkers and writers, offering scholarly and curated selections of foundational writings, contextual monographs, and archival content to scholars of interreligious studies. Unique analytical software and indexing facilitate deep scholarship; 75 percent of the materials are in English, making them accessible across the curriculum.

Volumes on Christianity, Islam, Judaism, and a volume dedicated to Karl Barth, are now available, with volumes on Eastern religions to follow. At completion, the series will comprise more than 400,000 pages, 900 monographs, and 10,000 archival items. The printed materials are rekeyed to more than 99.99% accuracy, while the interface allows in-depth word pattern analysis and data mining, as well as the ability to search using Arabic script and Hebrew.

Students and scholars will uncover:

Twentieth Century Religious Thought: Volume I, Christianity shares the voices of more than 50 theologians across Europe, North America, Asia, and Latin America, including extensive representation of feminist theologians and other previously marginalized figures. Created with scholars in mind, the collection couples the original materials with complementary resources, including meaningful interfaith writings and scholarly analysis of archival texts.

With 150,000 pages of scholarship, this resource gives students and scholars unprecedented access to the diverse ideas that have shaped understandings of Christianity across history. For the first time, researchers can search across hundreds of fully digitized documents to instantly compare how theories, denominations, and cultural groups have intersected, differed, and influenced one another. In addition to English-language texts and translations, the collection will also grow to include works in French, Spanish, German, and other native languages.

Learn more about Volume I, Christianity

Volume II, Islam is an extensive research database of the most influential thinkers of modern Islamic theology and tradition. At completion, the text will include 100,000 pages of foundational texts and contextual monographs from the late 19th century to the 2010s.

About 95% of the collection’s key thinkers and authors are Muslims who come from Egypt, Gambia, India, Iraq, Iran, Morocco, Pakistan, Syria, Tanzania, and Turkey. Included are international selections of English, Arabic, and French editions of the writings.

Volume III, Judaism expands the series to include 100,000 pages of the most important works and primary sources that document the evolution of Judaism from the 1890s-2010s.

This collection contains a curated selection of unpublished primary sources, coupled with key in-copyright or difficult-to-find

texts and authors. It addresses the specific needs of scholars and students of Judaism and other religions, while broadening the value the complete Twentieth Century Religious Thought Library brings to inter-religion study. Featured contributors include the National Library of Israel, Jewish Publications Society (University of Nebraska Press), and more.

The final installment in the Twentieth Century Religious Thought Library will bring together 100,000 pages of printed works and archival material documenting key works and practices of influential Eastern religions, including Buddhism, Hinduism, and Taoism.

Twentieth Century Religious Thought Library is a multivolume collection available to libraries via annual subscription or one-time purchase, with pricing scaled to your institution. Volumes I, II, and III are available individually for purchase only. 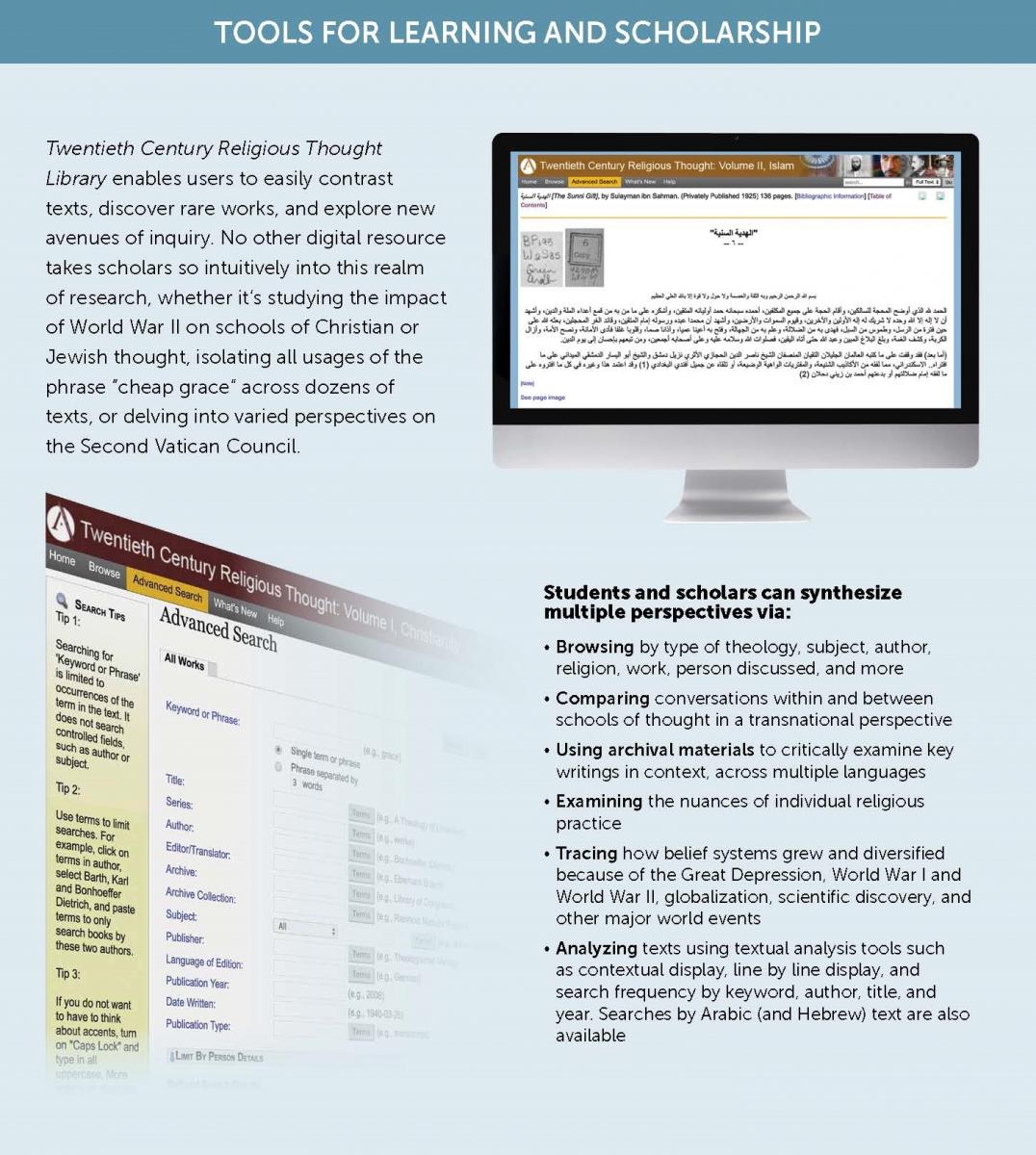