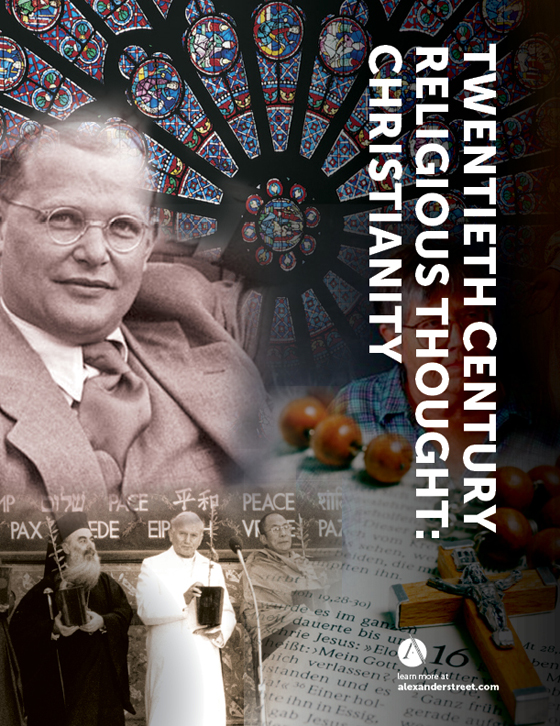 Twentieth Century Religious Thought: Volume I, Christianity is a multivolume, cross-searchable online collection that brings together the seminal works and archival materials related to key worldwide religious thinkers from the early 1900s until the turn of the 21st century.

Twentieth Century Religious Thought: Volume I, Christianity features scholarship from influential theologians in the Christian tradition, including extensive representation of feminist theologians and other previously marginalized and lesser-known voices. Created with scholars in mind, the collection couples the original materials with complementary resources, including meaningful interfaith writings and scholarly analyses of archival texts.

With 150,000 pages of scholarship in one convenient online database, this resource gives students and scholars unprecedented access to the diverse ideas that have shaped understandings of Christianity across history. For the first time, researchers can search across hundreds of fully-digitized documents to instantly compare how different theories, denominations, and cultural groups have intersected, differed, and influenced one another.

Twentieth Century Religious Thought: Volume I, Christianity shares the voices of more than 30 theologians from Europe, North America, Asia, and Latin America, including. Featured materials include:

Tools for learning and scholarship

The functionality behind Twentieth Century Religious Thought makes it easy for students and scholars of religion, theology, social thought, and history to locate the most relevant materials. With unprecedented ease and clarity, users can contrast texts, discover rare works, and explore new avenues of inquiry. No other resource makes it so easy for researchers to examine the impact of World War II on various schools of Christian thought, isolate all usages of the phrase “cheap grace” across dozens of texts, or delve into varied perspectives on the Second Vatican Council.

About the advisory board

The collection incorporates content from the field’s leading publishers, including Fortress Press and Ignatius Press, and an expert editorial board advises on the inclusion of materials. Board members include:

This is the kind of resource that, until now, researchers could only dream about. The immediate accessibility of such an immense range of the richest theological resources will make it an invaluable tool to all researchers in this field. Many thanks for bringing it to my attention.

Twentieth Century Religious Thought: Volume I, Christianity is an extensive resource that would be a boon for anyone researching or interested in twentieth-century Christian theology. The material is fascinating and perhaps because of the sparse Web site design, it is easily navigable with little practice.