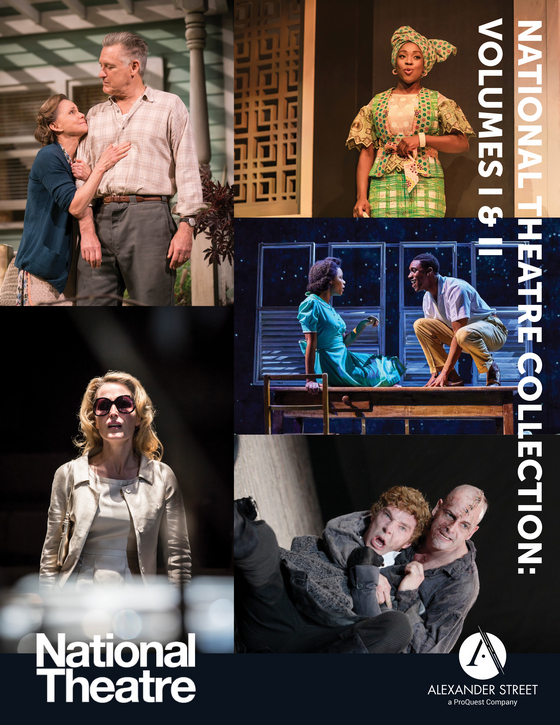 National Theatre Collection: Volumes I & II bring the stage to life through access to high-definition streaming video of world-class productions and unique archival material offering significant insight into theatre and performance studies. Through a collaboration with the U.K.'s National Theatre, the collections offer a range of digital performance resources never previously seen outside of the National Theatre’s archive.

Available to libraries, schools, and universities, National Theatre Collection: Volumes I & II makes available contemporary video productions of the highest quality from award-winning actors and directors—offering equitable access to the stage for students, scholars, and enthusiasts.

National Theatre Collection offers students equitable online access to the highest-quality theatre productions available—replicating as close as possible the stage experience from the heart of London. World class performances and supplementary archival materials support faculty instruction and students’ study of theatre both on the stage, and behind-the-scenes production and design.

Alexander Street supports students with an accessible platform that includes synchronized transcripts and a “send to mobile” feature making it easier for students to access and engage with content. 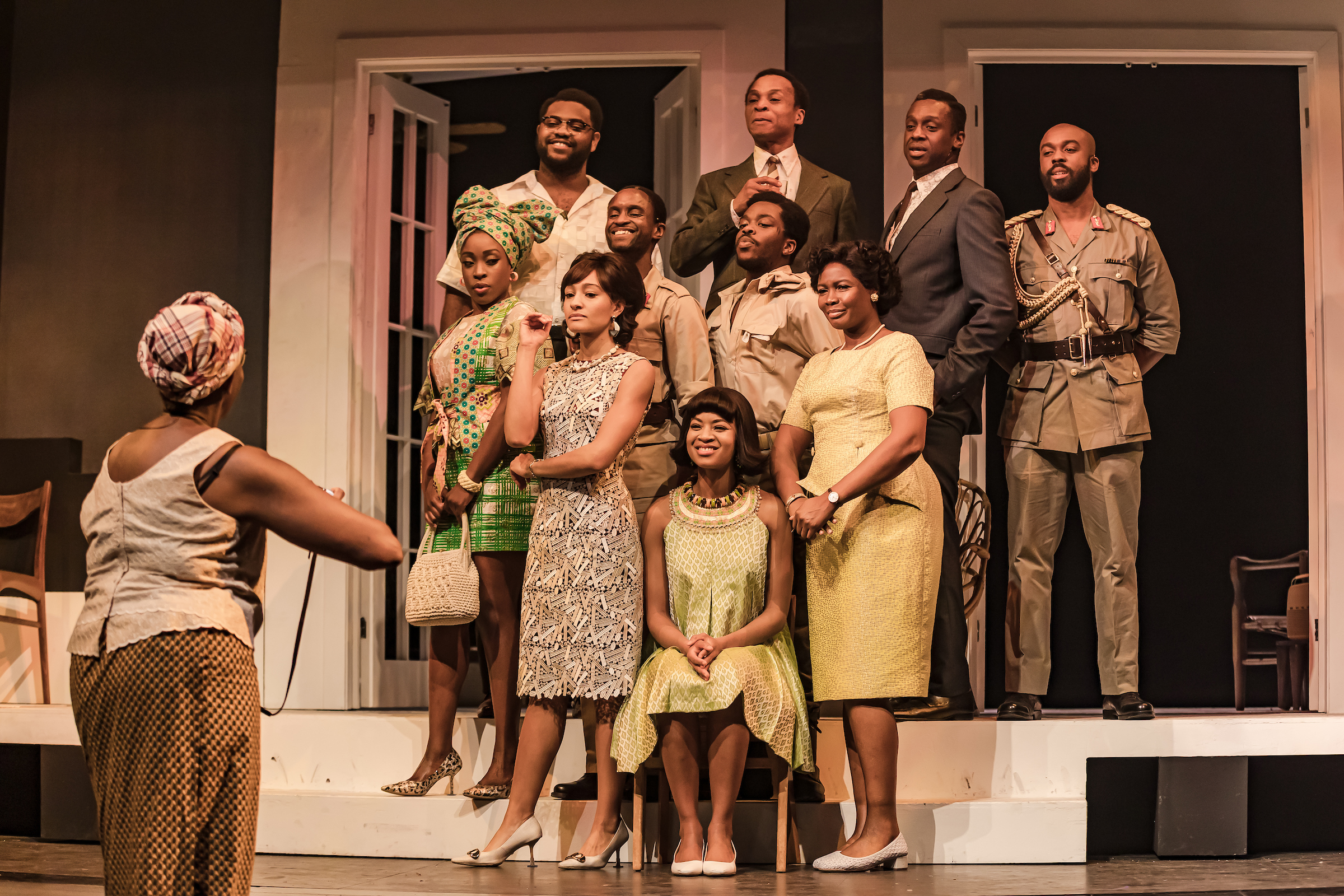 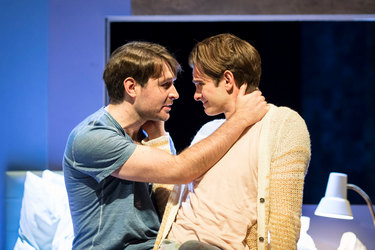 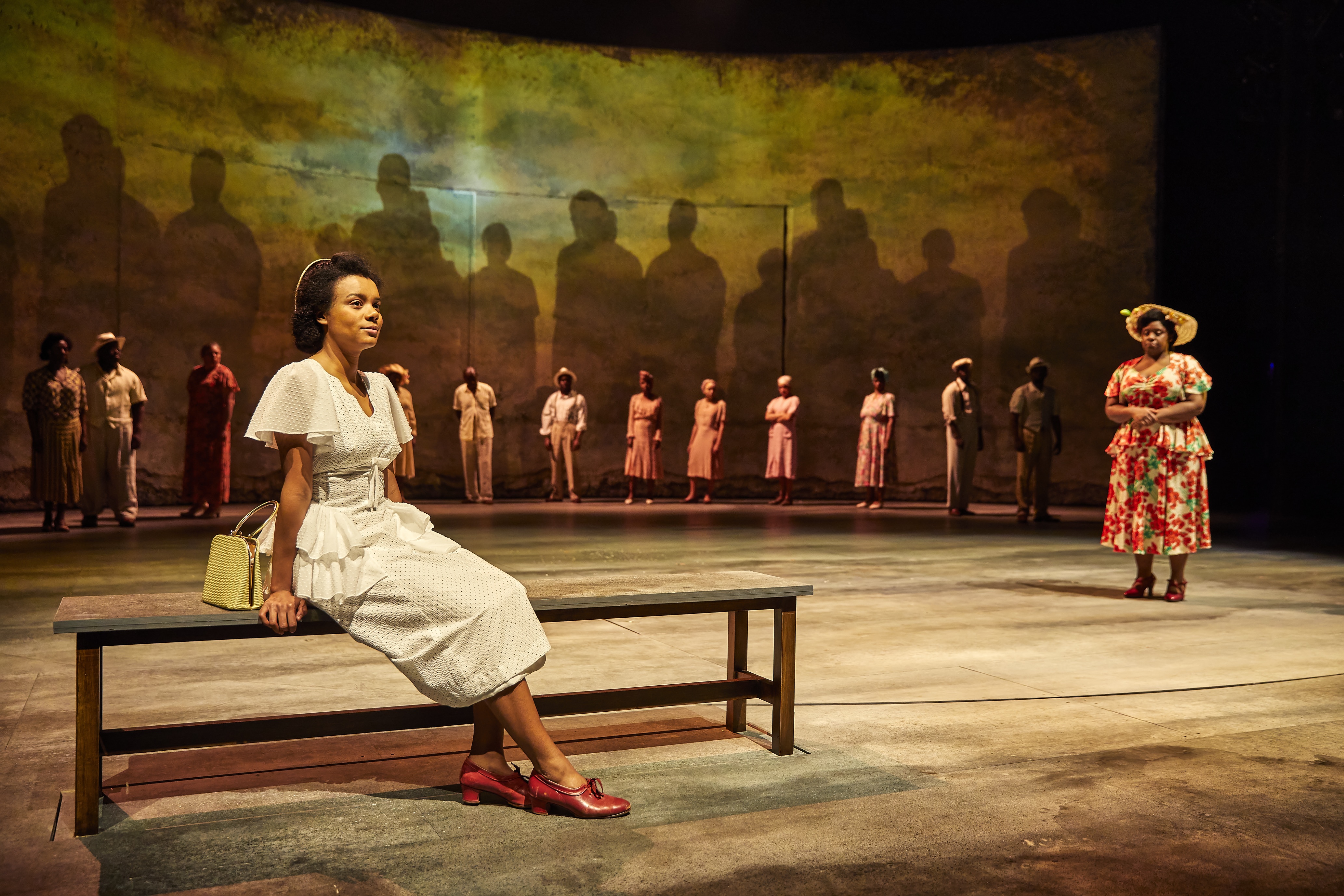 Advancing Diversity in The Arts

The U.K. National Theatre’s diversity mission is at the core of its work and reflects the diversity, equity and inclusion values prioritized by academic libraries today. National Theatre Collection Volumes I & II support current academic study with diverse casting and directors and production interpretations that reflect the makeup of the modern student body and helps elevate the current conversation around social issues through an artistic lens.

Productions such as Les Blancs, Lorraine Hansberry’s final drama, centers on the racial struggles of an African society preparing to drive out its colonial present and claim an independent future. Small Island is a lens on the history of immigration and relations between Jamaica and the UK through an adaptation of Andrea Levy’s Orange Prize-winning novel set from the Second World War to 1948. Dara speaks to forces that led to the partition and religious schisms of India and Pakistan. Originally performed at the Ajoka Theatre in Pakistan, Shahid Nadeem’s epic tale of the dispute that shaped modern-day India and Pakistan is brought to life in Tanya Ronder’s adaptation and Nadia Fall’s stunning production.

Highlights of the productions included in Volume I:

National Theatre Collection: Volume II builds upon the first volume’s 30 videos with additional 20 high-quality video productions featuring fresh takes on the classics and compelling performances. Exclusive archival content for behind-the-scenes context from the National Theatre Archive will also be added to this volume.

Highlights of the productions* included in Volume II:

National Theatre Collection: Volumes I & II are available for perpetual purchase as standalone collections or as a subscription through the Theatre Performance and Design Collection or Theatre and Drama Premium.

About the National Theatre

The National Theatre’s mission is to make world-class theatre, for everyone. The NT creates and shares unforgettable stories with audiences across the UK and around the world. On its own stages, on tour, in schools, on cinema screens and streaming at home, it strives to be accessible, inclusive and sustainable. The National Theatre empowers artists and craftspeople to make world-leading work, investing in talent and developing new productions with a wide range of theatre companies at its New Work Department. Our nation thrives on fresh talent and new ideas, so the National Theatre works with young people and teachers right across the UK through performance, writing and technical programmes to ignite the creativity of the next generation.

Together with communities, the NT creates ambitious works of participatory theatre in deep partnerships that unite theatres and local organisations – showing that nothing brings us together like theatre. The National Theatre needs your support to shape a bright, creative future. For more information, please visit nationaltheatre.org.uk

About the National Theatre Archive

Starting NT Live was probably the best thing I did when I was Director of the National. Since 2009, when it was launched, it has brought many phenomenal shows to millions of people who wouldn’t otherwise have been able to see them. The National Theatre Collection makes a brilliant library of productions available to educational institutions who will be able to share what has until now only been available in cinemas. It’s a terrific initiative.

We are delighted to announce that National Theatre Collection goes live today in partnerships with Bloomsbury and ProQuest. This collection of iconic plays reflects the rich and diverse spectrum of British theatre over the past decades and will now be accessible to students and teachers worldwide for the first time ever. We hope that this new platform will open up the National Theatre to students, teachers and theatre-makers across the globe, whilst also ensuring that drama remains an integral part of a broad education. We would like to extend our thanks to the rights holders of these materials who have made this service possible.

Nothing can replace the experience of seeing work live – but sharing these recordings of so many important NT Live productions will give schools an amazing insight into the world of contemporary production. It isn’t possible for everyone to travel to see work – but watching recordings can encourage and facilitate conversation and share the work nationwide. You can take your time; watch in short sections and share thoughts in the moment. These recordings will create a unique and rich teaching tool – and in a world where funding and support for teaching Drama in schools is being constantly undermined – creating ways for teachers and pupils alike to access this work is more vital than ever.

How marvellous that the National Theatre is opening up their archives to reach such a wide audience. Now anyone can have access to fabulous shows from the recent past such as Medea, One Man Two Guvnors and Frankenstein with Benedict Cumberbatch and Johnny Lee Miller, to mention just a few.