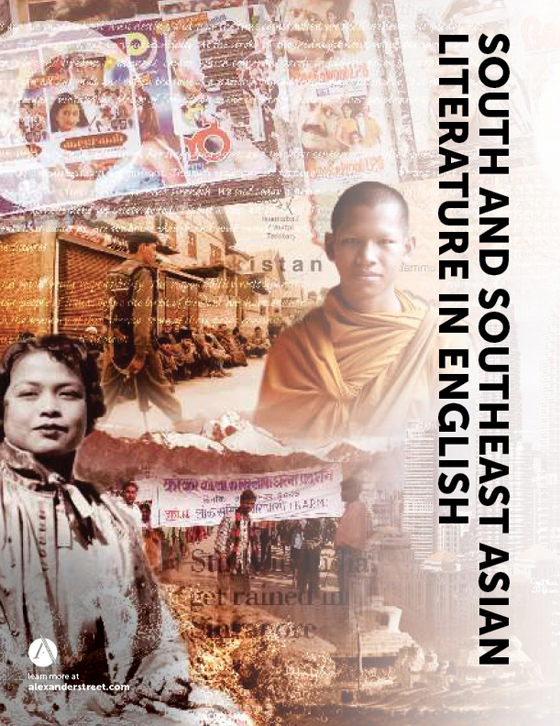 South and Southeast Asian Literature is a text-based collection that showcases the literary imagination and linguistic inventiveness of Asian writers as they negotiate their varied cultural identities. Searchable together for the first time are thousands of pages of English-language fiction, short fiction, and poems written from the end of the colonial era to the present. Scholars of literature, anthropology, linguistics, postcolonial theory and criticism, history, politics, and culture will find the collection rich in insights into modern experiences and their traditional connections.

The collection provides an exciting look into the interplay of literary traditions, where influences as disparate at the Mahabharata and Charles Dickens are evident even in the same piece. Postmodern literary techniques help tell ancient stories, and contemporary political parables are teased out of classic epics from the oral tradition. Some authors use formal English, while others play with the boundaries of language, merging English prefixes with local words or phrases, or writing English in the cadences of local languages.

Alexander Street’s unique method of Semantic Indexing allows new and in-depth approaches to searching, browsing, and analysis. Authors are indexed for race, ethnicity, gender, birth and death dates, places of residence, occupation, and other categories. The works are searchable by writing date, geographical origin, genre, and other entry points.

For students of history, diaspora studies, postcolonial studies, and related areas, South and Southeast Asian Literature presents writers’ observations of topics such as  the legacy of the British empire, struggles for independence, the 1947 partition of India and Pakistan and the unprecedented accompanying violence, the migration of Hindus and Muslims across the new borders, the Bangladeshi war for independence from Pakistan, the conflict between the Sri Lankan government and the Tamil minority, racism and the caste system, the experience of plantation laborers, and the experience of the new immigrant. On an overarching level, the literature examines notions of nationalism and transnationalism, identity and language, the individual and the collective, authenticity and hybridity, home and homeland, and the collision of the ancient and the modern.

All of these literary and historical themes can be explored with new, powerful tools for searching and word frequency analysis. Controlled vocabularies along with multiple, combinable search fields, provide responses to queries like:

The collection was built using a wide range of bibliographies, including:

South and Southeast Asian Literature contains 100,000 pages of text, and is available on the Web through one-time purchase of perpetual rights or through annual subscription. Contact sales@alexanderstreet.com for more information or to order.