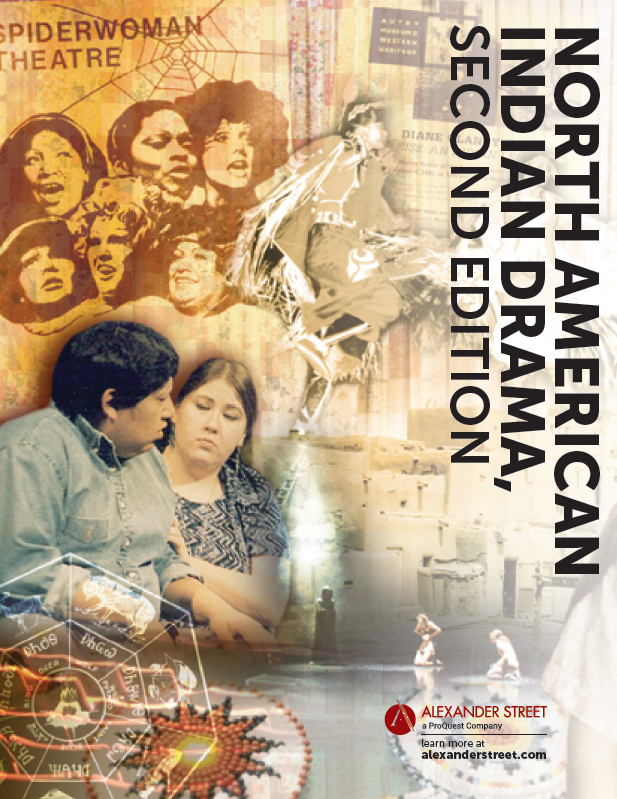 North American Indian Drama, Second Edition brings together 250+ full-text plays representing the stories and creative energies of American Indian and First Nation playwrights of the twentieth century. Many of the plays are previously unpublished or hard to find, and they represent a wealth of dramatic material that is often overlooked or inaccessible. Together, the plays demonstrate Native theater’s diversity of tribal traditions and approaches to drama—melding conventional dramatic form with ancient storytelling and ritual performance elements, experimenting with traditional ideas of time and narrative, or challenging Western dramatic structure.

The collection begins in the early 1930s with The Cherokee Night and other works by R. Lynn Riggs, the first American Indian playwright to have his works produced. It progresses through the 20th century with plays produced by the Native American Theatre Ensemble (NATE) and other companies of the 1970s and 1980s, including Spiderwoman Theater, the longest continually running Native American or women’s theatre group in North America. The collection also includes contemporary plays produced by Toronto’s Native Earth Performing Arts, Seattle’s Red Eagle Soaring, New York’s Coatlicue Theater Company, and other groups.

Until the 20th century, the presence of Indians on stage was limited to depictions by non-Indian writers, typically flat and negative stereotypes. North American Indian Drama dismisses those stereotypes, either satirizing them or altogether replacing them with nuanced stories of the Indian experience that are virtually absent from other plays.

The writing depicts traditional creation stories, oral histories, and rituals alongside modern issues such as tribal and individual searches for identity, life on and off the reservation, poverty and its accompanying struggles, political sovereignty and claims for self-determination, spirituality and connections to nature, and intercultural encounters and collisions. Many of the works serve as protest literature against deep suffering and dislocation, or they transcend protest to become universal testaments of survival, humor, and hope.