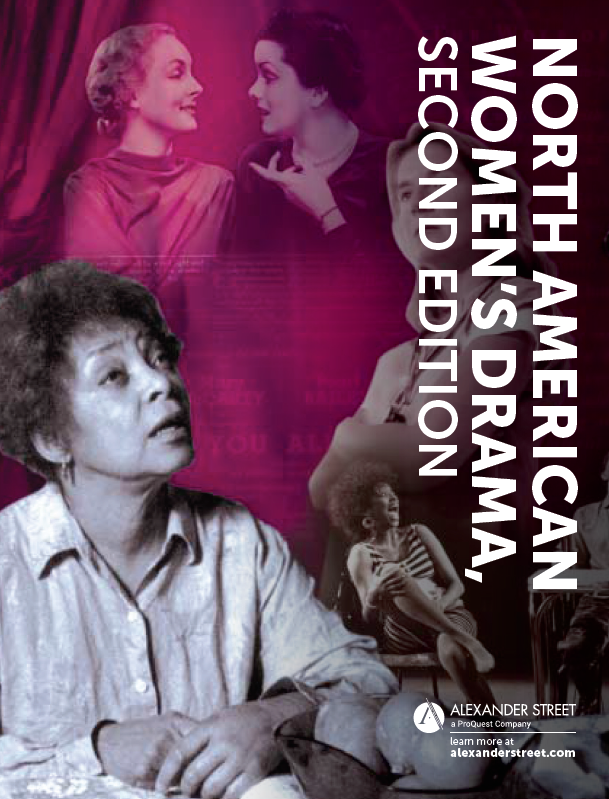 Whether in awards, production, or publication, plays by women have rarely received the attention they deserve. Of the more than 80 Pulitzer prizes for drama awarded since the inception of the prize in 1901, only eight have gone to women. From 1958 to 1981, not one woman received this prize.

North American Women’s Drama, Second Edition brings these writings the attention they deserve, by publishing the full text of 1,500 plays written from Colonial times to the present by more than 100 women from the United States and Canada. Many of the works are rare, hard to find, or out of print. Almost a quarter of the collection consists of previously unpublished plays.

Now for the first time, these plays can be studied, analyzed, and read with ease. Each play is extensively and deeply indexed, allowing both keyword and multi-fielded searching. The plays are accompanied by reference materials, significant ancillary information, a rich performance database, and associated resources. The result is an exceptionally deep and unified collection—to give voices to women, to represent women’s issues, to break stereotypes, to examine women’s views, to present women in various roles, and simply to entertain.

North American Women’s Drama, Second Edition begins with the works of Mercy Otis Warren, Judith Sargent Murray, and Susanna Haswell Rowson in colonial times. It includes a rich collection of 19th-century melodramas exploring topics from domestic entrapment to life on the frontier to the Underground Railroad. The database covers the campaign for voting rights, including propaganda plays, as well as the growing crusade for women’s access to higher education and inclusion in various professions. The collection covers contemporary drama, including the works of performance artists.

The database is of particular relevance for the study of feminism and women’s studies. Alexander Street’s Semantic Indexing makes it possible to find and analyze particular dialogue, characters, and events, providing answers to these questions from the preface to Women in American Theatre, by Helen Krich Chinoy and Linda Walsh Jenkins:

At least 20 percent of the materials are previously unpublished and not listed in any bibliography.