Women and Social Movements in the United States, 1600 to 2000 | Alexander Street 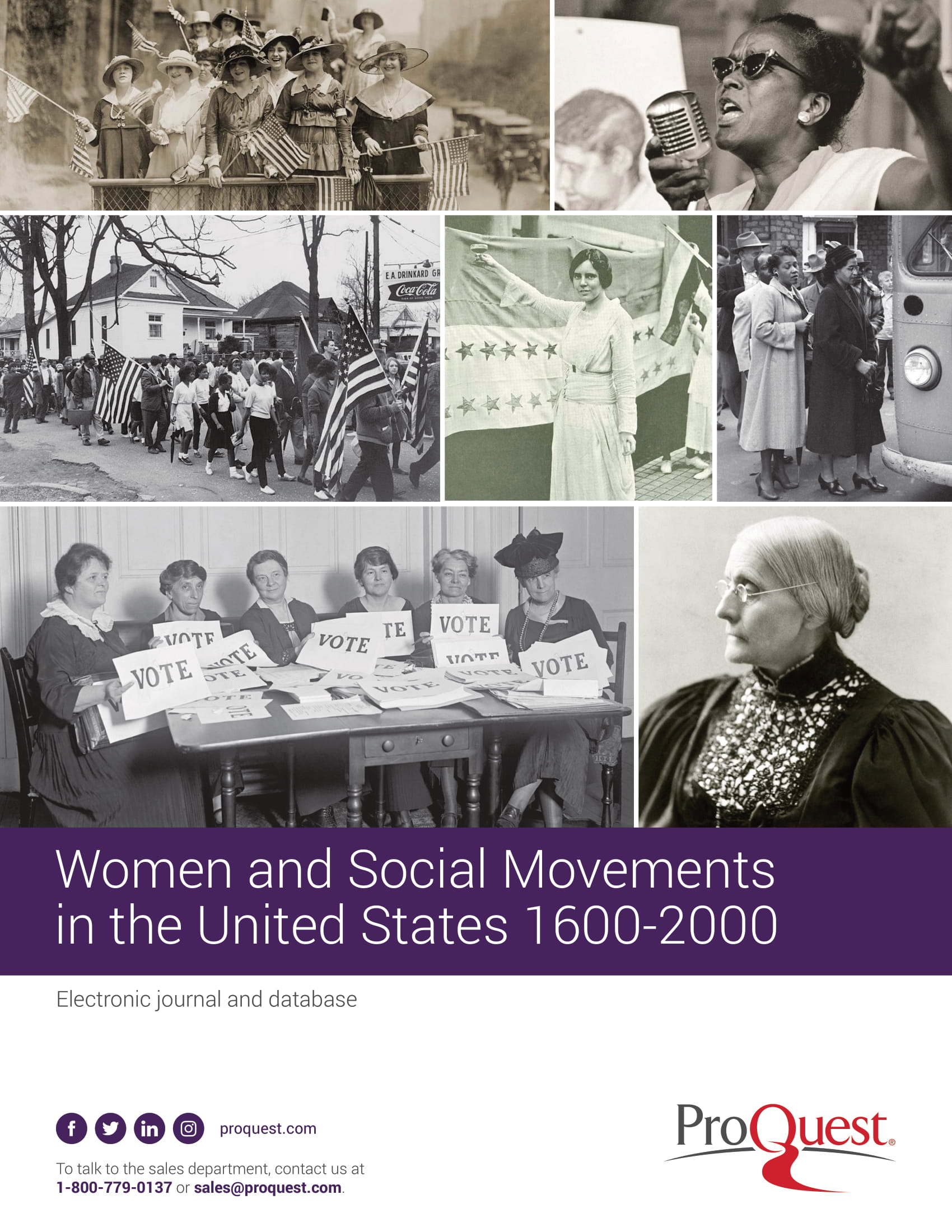 Explore the multiplicity of women’s activism in American public life from Colonial times to the present. Women and Social Movements in the United States is one of the most heavily visited resources for women’s history and women’s studies on the Web, appealing to students and researchers at all levels.

This database/journal brings together innovative scholarship, primary documents, books, images, essays, book and website reviews, teaching tools, and more. It combines the analytic power of a database with the new scholarly insights of a peer-reviewed journal. Published twice a year since 2004, the database/journal was edited by Kathryn Kish Sklar and Thomas Dublin from 2004 through Spring 2019. Since Fall 2019, Rebecca Jo Plant and Judy Tzu-Chun Wu of the University of California, San Diego, and the University of California, Irvine, respectively, have taken on editorship with input from an editorial board of leading scholars.

Women and Social Movements in the United States, 1600-2000 is organized around more than 130 document projects and growing, works of scholarship that link an interpretive essay to 30 or more related primary documents, leading users step by step from discovery to contextual understanding. Four new document projects are added every year. Examples from the original edition by Kathryn Kish Sklar and Thomas Dublin:

The carefully curated and indexed primary source collections include:

These primary source collections include rare and previously inaccessible materials. They are enhanced by scholarly essays from leading historians that illuminate key historical issues in those texts and provide entry points for accessing the collections.

A dictionary of social movements and a chronology of U.S. women’s history complement the primary sources and facilitate searching within the database.

By arrangement with Harvard University Press, Women and Social Movements in the United States, 1600 to 2000 includes all five volumes of Notable American Women: A Biographical Dictionary (1971–2004). Also included are previously inaccessible publications of local and state commissions on the status of women since 1963. State by state and year by year, these astonishing publications illustrate and track the full range of issues affecting the lives of American women since 1960. Commission reports are especially rich in statistical data and patrons can create their own charts using a customizable graph tool.

Meet the new faculty editors who will oversee Women and Social Movements in the U.S. over the next five years. In a recent conversation with Judy Tzu-Chun Wu and Rebecca Jo Plant, they described the profound influence of Dublin and Sklar on women’s history and how the new editorial team will continue to grow and enhance this comprehensive, essential project which Dublin and Sklar began in 1997 and in partnership with Alexander Street since 2003.

Wu and Plant are bringing some new features and content to the collection, such as:

Judy Tzu-Chun Wu is a professor of Asian American Studies at the University of California, Irvine and director of the Humanities Center. She received her Ph.D. in U.S. History from Stanford University and previously taught at Ohio State University. She authored Dr. Mom Chung of the Fair-Haired Bastards: the Life of a Wartime Celebrity (University of California Press, 2005) and Radicals on the Road: Internationalism, Orientalism, and Feminism during the Vietnam Era (Cornell University Press, 2013). Her current book project, a collaboration with political scientist Gwendolyn Mink, explores the political career of Patsy Takemoto Mink, the first woman of color U.S. congressional representative and the namesake for Title IX. Wu also is working on a book that focuses on Asian American and Pacific Islander women who attended the 1977 National Women’s Conference. She co-edited Women’s America: Refocusing the Past, 8th Edition (Oxford 2015), Gendering the Trans-Pacific World (Brill 2017), and Frontiers: A Journal of Women’s Studies (2012-2017).

Rebecca Jo Plant is an associate professor in History at the University of California, San Diego. The author of Mom: The Transformation of Motherhood in Modern America, and co-editor of Maternalism Reconsidered: Motherhood, Welfare, and Social Policies in the Twentieth Century, she has held major fellowships from the American Association of University Women, the Radcliffe Institute for Advanced Study, the American Council of Learned Societies, and the Australian Research Council. Along with Frances M. Clarke, she won the 2015 Letitia Woods Brown Memorial Prize and Berkshire Conference of Women Historians’ Prize for best article for “‘The Crowning Insult’: Federal Segregation and the Gold Star Mother and Widow Pilgrimages of the Early 1930s” (Journal of American History).

Highlights for the 2020 edition include:

Highlights for the 2021 edition include: 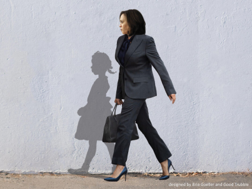 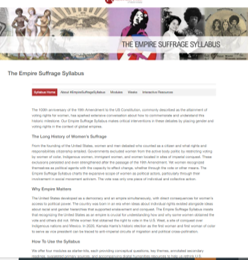 The year 2020 marked the centennial of the passage of the Nineteenth Amendment to the U.S. Constitution. Long celebrated as a victory for “American women,” this milestone had mixed legacies, given the ongoing history of settler colonialism and the different gradations of citizenship in the United States and its territories.

This new digital history project offers scholars and students tools for analyzing women’s suffrage beyond the continental U.S. context by the placing the issue of gender and citizenship in the broader context of empire.

Four different chronological and thematic modules, spanning the period from the eighteenth through the twenty-first centuries, offer critical pedagogical tools for approaching U.S. women’s history from a richer and more global perspective.

Women and Social Movements in the United States, 1600-2000, edited by Thomas Dublin and Kathryn Kish Sklar, is available for perpetual access purchase.

Women and Social in the United States, 1600-2000, edited by Rebecca Jo Plant and Judy Tzu-Chun Wu, is available for perpetual access through an annual purchase.

Combined editions are available for subscription.

Alexander Street scoops the electronic publishing world yet again with a powerhouse product... This is an exciting resource and an intriguing publishing model.

Far more comprehensive than any other website in the field... Not only the biggest, but far and away the best, using a method of organization that benefits students, teachers, and scholars alike.