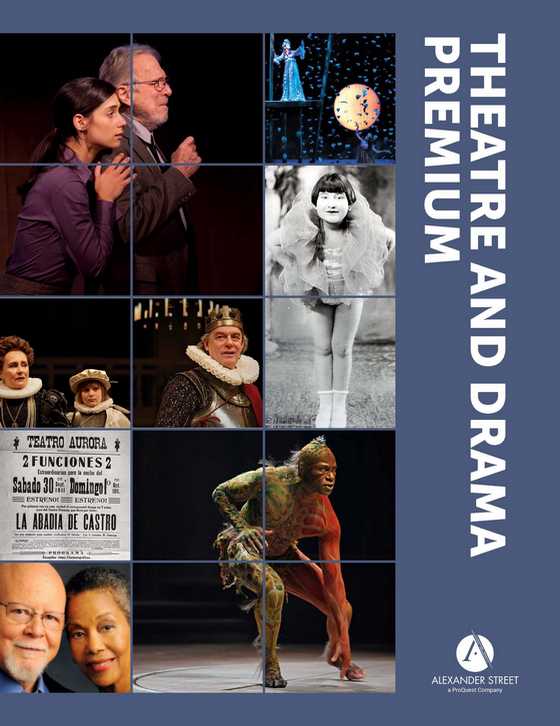 Theatre and Drama Premium has everything libraries need to study the dramatic arts—from recent productions by Broadway theatre companies to interviews with Arthur Miller and James Earl Jones to previously unpublished plays from Ed Bullins and Jeannie Barroga.

The package covers all areas of study, from the stage to behind-the-scenes, and provides the tools and content faculty and students need to discover, teach, and interpret all aspects of performance.

Try This Collection for 30 Days Signup for a Free Trial Today
With Theatre and Drama Premium, your institution will have access to:

Students and scholars can conduct in-depth analyses on key writers, creators, and performers, and create a new understanding of established pieces of the dramatic canon. For example:

Theatre and Drama Premium bridges the gap between Literature and Theatre departments, serving students and faculty in many disciplines, such as theatre, literature, performance studies, theatrical design, dramatic writing, and more. The collection includes the entire contents of the following individual Theatre and Drama products: